Shantha has spent the last two decades working in international humanitarian and development assistance. She is now eager to put her experience into a hands-on venture that she believes will make a difference in rural women’s lives.

She first started her work in development in Zambia, where she worked in a rural community. She subsequently spent a decade based in New York, where she worked as a communications consultant for UNICEF, as well as a producer in advertising, news and independent film. During her stint as head of UNICEF’s Africa media hub, based in Johannesburg, she traveled extensively across the continent to provide communication support in Sub Saharan Africa. Most recently, based in China, she managed UNICEF’s external relations, as well as helped to initiate an innovation partnership between UNICEF and Tsinghua University and contributed to strengthening collaboration between China and African countries on global health. She has a master’s degree from Columbia University’s School of International and Public Affairs and a honours degree in history from University of Western Australia.

END_OF_DOCUMENT_TOKEN_TO_BE_REPLACED

Qelani has more than 17 years’ experience in the banking and finance sector. She is currently head of Private Banking at Stanbic Bank in Zimbabwe and has worked extensive in the region. She has a BA in Economics from Franklin & Marshall College USA and was Iacocca Scholar Business Leadership Iacocca Institute Lehigh University USA. She has worked for First Merchant Bank Zimbabwe, Banc ABC Zimbabwe, Kingdom Bank Zimbabwe and Genesis Investment Bank Zimbabwe.

END_OF_DOCUMENT_TOKEN_TO_BE_REPLACED

Felicity is a managing director at Shaka Hills Farm which was established in 1977. She oversees the production, wholesaling and export of vegetables for markets in UK, Europe and Southern Africa. The farm specializes in production of mange-tout peas, sugar snap peas, baby corn and fine beans with on-site internationally certified grading and packing facilities. The company is also a primary producer of small grain crops for local market and full range of vegetables and meats for wholesalers, hotels and retail outlets in Zimbabwe. Felicity is an ACCA qualified Accountant having trained in the UK. Her work experience is wide having started her career in banking in Zimbabwe then working for various companies in the UK such as BP Exploration & Production,Letheby & Christopher, Whitbread and Lundbeck Pharmaceuticals.

END_OF_DOCUMENT_TOKEN_TO_BE_REPLACED

James is an international development consultant, based in China who speaks Mandarin. He has spent the two decades of working in Africa and China, including as a researcher on soils management and agricultural biotechnology in Zimbabwe. He managed the award-winning UK Department for International Development funded AgriTT Agricultural Technology Transfer project, a partnership with Chinese agencies, implemented in Malawi and Uganda. He has worked as a Senior Researcher at the International Institute for Environment and Development (IIED,UK), and as a researcher at the UK Institute for Development Studies(IDS). 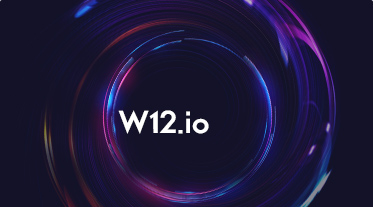